School's out - but does your child have a school/college place ready for September?

Whilst most families will have settled into the summer holidays, waved goodbye to teachers, school transport and stopped making packed lunches, thoughts will turn in a few weeks to the start of the new school term. Preparations need to be made – school uniforms to buy, school holiday work to complete and back to regular bedtimes. However spare a thought for those who left school/college not knowing where they will be going to in September. 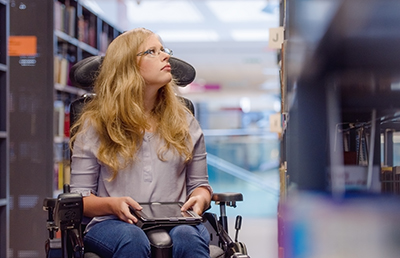 We have noticed an increase this year in the numbers of parents seeking our advice because their children with special educational needs (SEN) and an Education, Health and Care Plan (EHCP) have no agreed placement on their Plan. This is usually because the decision to seek a change of school was made very late in the school year, often following a late Annual Review.

​The law is very clear that advice must be sought and shared with parents and all professionals invited to attend the Annual Review meeting at least two weeks before the meeting takes place. This enables everyone to consider the reports so that an informed discussion can be had.

We work with children and young adults who have very complex SEN, requiring input from specialists such as speech and language therapists, occupational therapists, physiotherapists and ASD outreach. Too often we hear of Annual Review meetings with no professionals attending, other than school staff, and no reports received from treating professionals. What this often results in the ‘topsy-turvy’ effect – local authorities and schools seeking advice after the Annual Review meeting.

To amend or not to amend an EHCP?

It could be argued that the notice should be sent four weeks after the Annual Review but where there is insufficient information and further reports are commissioned, there can be a delay of several weeks/months.

It could also be argued that from the decision to amend the EHCP, the entire process should take no longer than 14 weeks (which is the maximum time for drafting the Plan - the statutory 20 weeks, minus the initial six week consultation period). This would allow the local authority a maximum of six weeks to seek reports.

We are finding that not all local authorities are carrying out the steps above. The decision to end an EHCP or make no amendments is not usually a problem. The problems arise when the local authority takes the view that the Plan needs amending. In these cases, we find local authorities avoid sending a letter after the Annual Review and the timetable falls by the wayside.

We see too many EHCPs that seem to remain in a state of limbo from one Annual Review to another. Discussions are had, recommendations made, information sought but never added to the EHCP and never, therefore, put in place. Changes can include the need for a change in school and additional/different support. An EHCP that is never amended is one that is out-of-date. This can make it difficult for schools to plan support and, where a new school/college is sought following an Annual Review held in the second half of the school year, delays can mean a very stressful time for families.

For more information about the Annual Review process, see our factsheet here.

If your child has an EHCP and you find yourself caught in the ‘Annual Review loop’ and/or do not have a school or college arranged for the start of term, contact one of our team to discuss how we can help.

I am so happy at the outcome, I don't think we would have had such a comprehensive service from any other law firm, and you took the worry away...I do not regret a single second of the whole process, apart from the bit before you got involved.

Find out how our experts can help you with your appeal

Some cookies are essential, whilst others help us improve your experience by providing insights into how the site is being used. The technology to maintain this privacy management relies on cookie identifiers. Removing or resetting your browser cookies will reset these preferences.